Young Food Ambassadors Jacob, Aaron and Savannah from Easterhouse, who were consulted as part of the Inquiry, will call for an end to the stigma associated with hunger and poor diets and outline practical ways this can be achieved, including:

As partners in the work of the Inquiry, Children in Scotland is supporting the Young Food Ambassador's calls and tonight's event.

The Children’s Future Food Inquiry is the first attempt to systematically seek the views of children and young people living in poverty across Scotland and the rest of the UK. Following 12 months investigating children’s food insecurity in Scotland and the other UK nations, the final report pulls together input from hundreds of young people, frontline staff, academics and experts. A powerful short film about the work of the Inquiry is available – click here to watch.

Dame Emma Thompson, Children’s Future Food Inquiry ambassador, said: “In a wealthy society that claims to value compassion and humanity, how can we tolerate the injustice of millions of children going hungry?

“In face of the government’s refusal to help, the Children’s Future Food Inquiry has brought together hundreds of young people to hear about their lived experience of food poverty, and it’s time we listened to what they say. It’s the younger generation who will deliver the change that’s so urgently needed: we must act now to ensure every child in the UK has their right to food.”

Jackie Brock, Chief Executive of Children in Scotland, said: “In 2019 children’s right to food should not be up for debate – but the reality described by the young people in the Inquiry’s report means we all now have a responsibility to champion it.

“The Children’s Future Food Inquiry has been a powerful example of the value of engaging young people directly in order to change policy and attitudes. Let’s all now support the Young Ambassador’s recommendations on ending the stigma of food insecurity as we take forward our efforts to achieve greater equality for children, young people and families.”

“We welcome the work of the Children’s Future Food Inquiry, and the approach it has taken in listening to the experiences of young people.

“I am pleased their work recognises many areas where Scottish Government has shown leadership in tackling food insecurity in Scotland but we know there is more to do.

“We are looking closely at the recommendations and continue to work towards our commitment to end child poverty in Scotland - an ambition which we are the only part of the UK to have set in statute.”

Aaron Ross, 20, said: “People struggle to afford to pay rent and buy food for their families and themselves. Most people don’t want to ask for help as they are too ashamed or embarrassed about the issue. I wanted to be a part of this project to bring awareness to the rising issue of food poverty, and to help by providing better support to those in need.”

The #Right2Food Charter (click to read) included in the report presents the recommendations of the Inquiry’s young ‘Food Ambassadors’ (aged between 10-18) for loosening the grip of food poverty on children in Scotland and the UK, and improving access to nutritious food. With the first stage of the Inquiry concluded, the project's Committee will now focus on taking forward the young people’s proposals.

The Committee is made up of parliamentarians and civil society experts, including national charity Children in Scotland, the Children and Young People’s Commissioner Scotland and the President of the Royal College of Paediatrics and Child Health.

The Inquiry’s evidence was gathered from workshops with almost 400 children across the UK; an academic review of child food insecurity; polling of young people between the ages of 11 and 18; more than 100 submissions of evidence from people working with children; a UK-wide policy review; and secondary analysis of government data on the affordability of a healthy diet.

Anna Taylor OBE, Executive Director of the Food Foundation, said: “Children living in poverty have told this Inquiry directly that they don’t have enough to eat, and that the food their parents can afford is harming their health. We should care about unlocking our children’s potential, but instead the food insecurity experienced by millions of young people in the UK is hindering their growth, crippling their confidence and making it impossible to learn and develop.

“The Inquiry’s report and its recommendations prove that there are things we can do, right now, to make sure children have enough nutritious food. It’s an opportunity to right the wrongs we have tolerated for too long – we cannot let it pass us by.”

Bruce Adamson, Children and Young People’s Commissioner Scotland, said: “Poverty is the most significant human rights issue affecting Scotland’s children, and food insecurity impacts every aspect of a child's life, including their education and mental and physical health. Children tell us about the real stigma of living with food insecurity and the Young Food Ambassadors’ #Right2Food Charter is their powerful challenge to our approach to tackling food poverty whilst offering concrete solutions to mitigate some of the impact.

“This launch follows the publication of the damning report from the UN Special Rapporteur for Extreme Poverty, Philip Alston, who visited Scotland last year to meet with children affected by poverty. Professor Alston stated clearly then that the worst aspects of welfare policies could be changed overnight and for very little money. Scotland's efforts to mitigate against the worse of the austerity cuts is to be commended but we can and must do more to help children living with food insecurity.”

Dr Flora Douglas, Reader in the School of Nursing and Midwifery, who gave oral evidence in Scotland to the inquiry committee on children’s wellbeing and food insecurity, said: "This critically important report presents, for the first time, the missing voices and experiences of our children and young people about what it means to live in a UK home that doesn’t have enough money to feed everybody well. Their testimonies reveal a grim picture of the economic struggle currently facing too many UK families, including the range of health-damaging coping strategies our children, young people, their parents and carers are using to put ‘food on the table’. The health and social impacts, revealed by their narratives, are unacceptable and unnecessary.

“The children and young people who took part in this work displayed great courage and commitment in engaging with this Inquiry. We, the people, policy makers and politicians, now need to act on their insights and wisdom, in a similar manner." 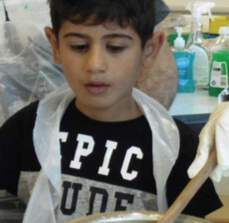 Take the next step in participation/food education: give communities the keys to school kitchens. #25Calls 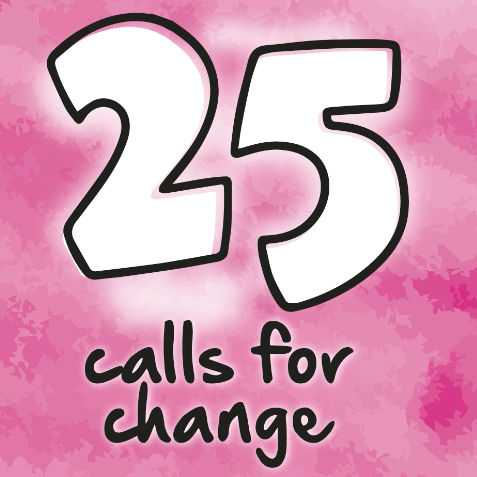