We are very lucky to have a diverse and committed Board of Directors who guide and support the work we do.

The Board is responsible for our overall governance and strategic direction and accepts ultimate responsibility for the sound professional, legal and financial management of Children in Scotland as a charity. They also agree our vision and values, set overall strategy and policies for all key activities, oversee implementation and monitor our progress to plans.

As well as sitting on the Board, Directors may also undertake other roles within the organisation such as being part of working groups or committees involved in the planning or delivery of our work.

Children in Scotland and our Board of Directors function within the legal requirements set out by the Office of the Scottish Regulator (OSCR). 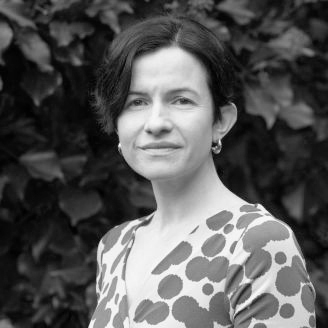 Esther joined the Board in August 2018. She is currently Head of Corporate Operations at Crown Estate Scotland, a public body that manages land, property and seabed across and around Scotland. Esther’s remit there covers communications, policy, engagement, and people / HR.

Esther has worked in strategic communications for 20 years.

She started her career as a journalist before working in the Scottish Parliament, then moved into consultancy supporting campaigns and public relations for international environmental NGOs, as well as Scotland's Children's Commissioner and a range of private sector companies.

Esther sits on Business in the Community Scotland's Advisory Board. She is passionate about responsible business and about finding new ways that business can work with the public and third sectors to deliver wider social, economic and environmental value.

Esther lives in Edinburgh with her partner and young daughter. 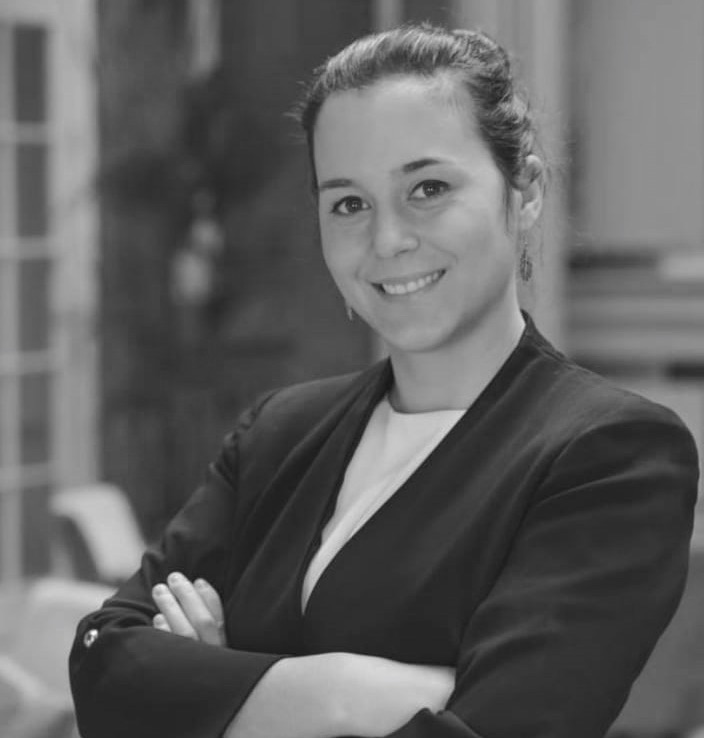 Meritxell is the Finance Manager of the Waldorf Astoria - The Caledonian, an emblematic luxury hotel in the centre of Edinburgh, built in1903.  She is part of the executive team and responsible for driving business and creating unique experiences.

She started working for the Hilton company in Barcelona in 2017. She then worked in Venice and Dubai and in September 2020, she relocated to Edinburgh.

Meritxell has degree qualifications in Finance and college diplomas in Music. She spent her university years teaching music to children. In 2012, she volunteered to teach music and English to children in schools and orphanages in Sri Lanka.

She did her Masters in Business Administration and Finance at Heriot-Watt University. She also qualified with a diploma in Negotiation from Harvard University in Boston in 2016. In 2021 she graduated from CIMA, the Chartered Institute of Management Accountants.

She lives in Edinburgh with her husband and her two lovely cats. During her free time, she goes rock climbing, sings in a choir and takes acting classes. 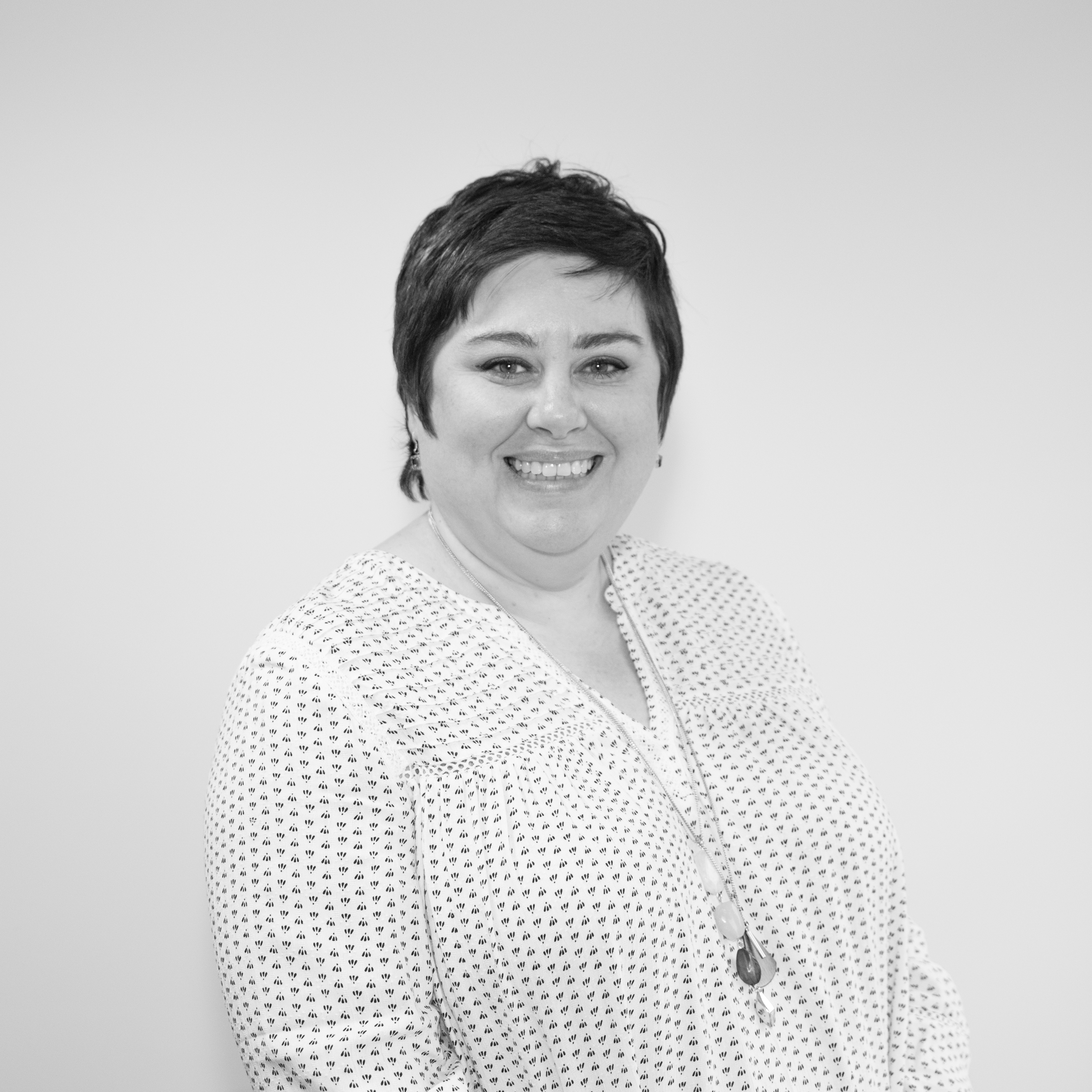 Jo is the CEO of Staf – the Scottish Throughcare and Aftercare Forum – and is an active Vice-President for the International Foster Care Organisation (IFCO) and Board Member for Children's Hearings Scotland.

Jo joined the Board of Children in Scotland in August 2018, and was appointed as Vice-convener in October 2019.

For the past 15 years Jo has held leadership roles in the fostering and children’s services sector, across the UK, and has dedicated her career to making a positive and lasting difference in the lives of children and young people, their families and by extension their communities.

As Chair of the Youth Committee and Vice-Chair of the Training, Research & Development Committee for IFCO Jo has gained experience from an International perspective on evidence-based practice in action whilst her prior involvement in Social Work Scotland as an Executive Committee member has developed a breadth of knowledge across Scottish specific priorities for children and families.

Jo has a keen interest in learning and professional development. Having completed a combined honours in Marketing & Sociology in 2000 she has since then undertaken an MBA with a Specialism in Leadership Studies on a flexible learning basis through the University of Strathclyde and hopes to complete this soon. In 2017 Jo completed a PG Certificate in Child Protection & Welfare through Stirling University and is a committee (lay) member for the Child and Family Law sub-committee for the Law Society of Scotland.

Claire is the Operational Manager for a local women’s aid organisation.  She leads the court advocacy provision and is the registered manager for the children’s service.

She has been working with children and families for over 20 years and has held practitioner and leadership roles within the third sector and local authority settings.  Her work has spanned early years, community arts, residential care, community projects and family support.

Claire is passionate about improving the lives of children and young people in Scotland. She is currently studying towards gaining an MA in Children and Young People’s Participation and Leadership.

She lives in East Lothian with her partner and teenage daughter. 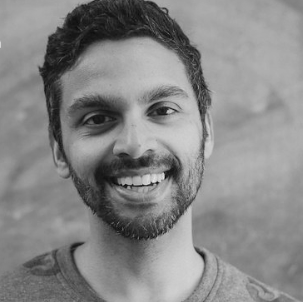 Rohan Gunatillake joined the Children in Scotland Board in August 2020.

He is head of product at a team within NHS Scotland building national health and care data infrastructure.

Rohan has more than fifteen years’ experience in a range of technology and innovation roles in public, private and non-profit sectors.

Previous roles include innovation lead for the Edinburgh Festivals, social innovation for Nesta and public sector business change for Accenture.

Rohan has a deep expertise in the intersection of wellbeing, technology and design and is well known as the creator of buddhify, the best-selling mindfulness app and host of the popular podcast Meditative Story.

Rohan lives in Glasgow with his young family. When not parenting, cooking and getting behind on emails, Rohan enjoys videogames, running and exploring Scotland in the family campervan. 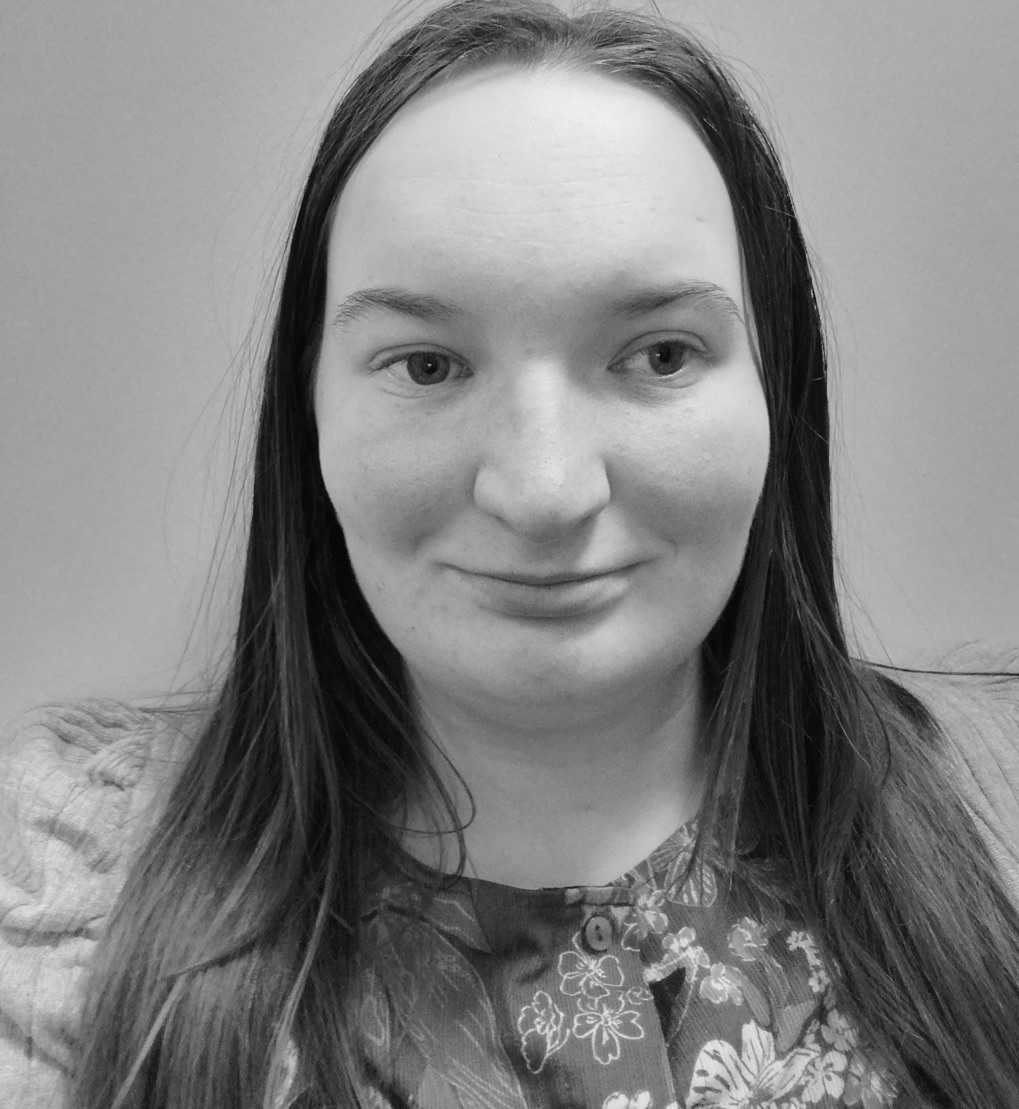 Rachael is currently a Volunteer Coordinator at New Start Highland. Her recent work includes leading on the ‘SQA Where’s Our Say’ campaign. She has been an #Iwill Ambassador since 2018.

She is in her first year studying Community Development at the University of Glasgow and has experience in helping shape innovative projects for young people including the Highland Youth Work strategy.

She has written for the Council of Europe Youth Knowledge series and when not working or studying, plays amateur women’s football.

Rachael was born and raised in the Highlands and has experienced the education system as a young person with additional support needs. 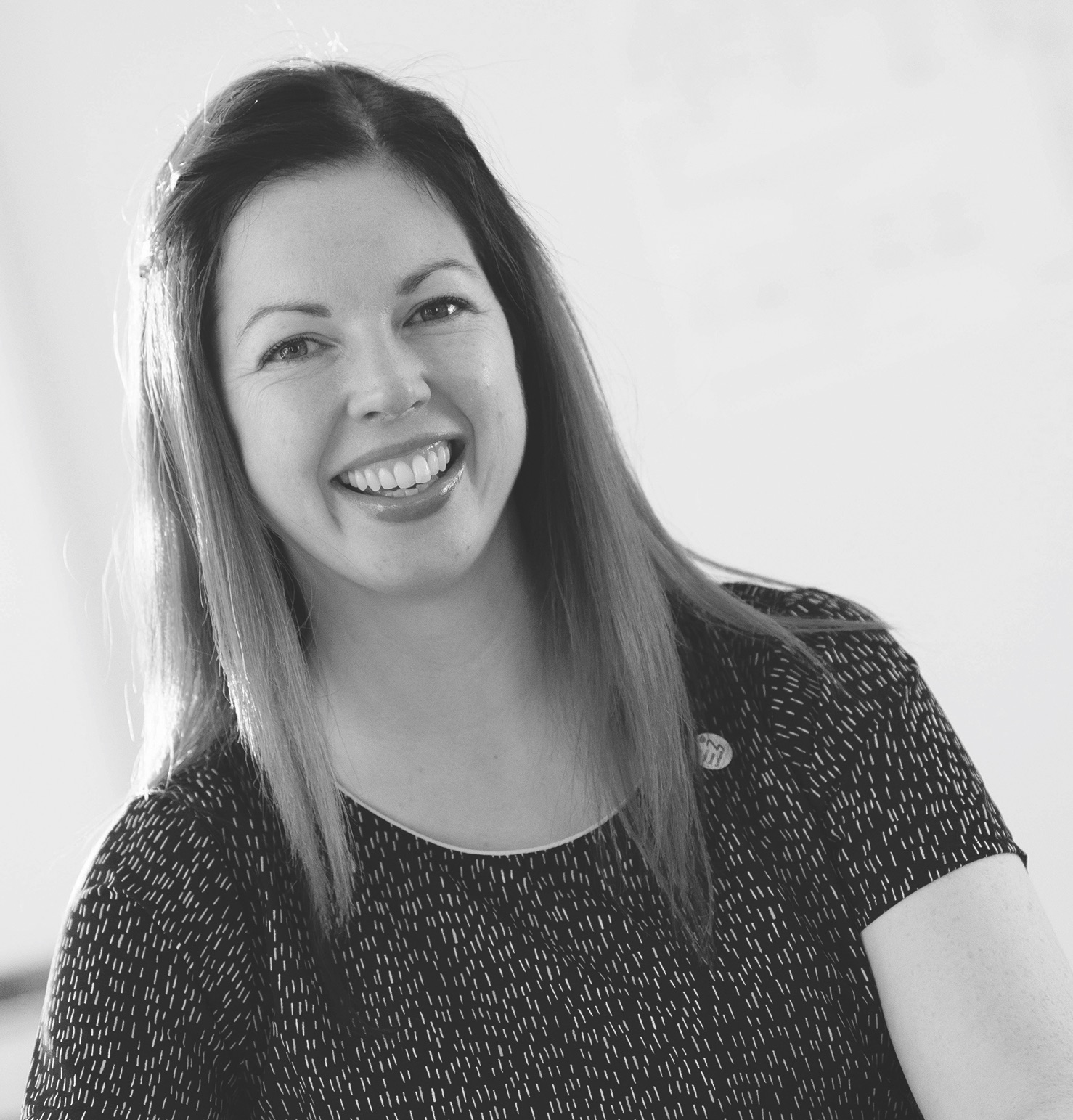 CHSS supports people and their families across Scotland with chest, heart and stroke conditions – and more recently people with Long Covid – delivering the charity’s mission of No Life Half Lived.

Jane-Claire has more than 20 years’ experience in the voluntary and public sectors across further and higher education, health, human rights and governance. She has held roles with Diabetes UK, the Scottish Parliamentary Corporate Body, the Scottish Funding Councils and NUS Scotland.

Jane-Claire is currently a Board member at Public Health Scotland and a Commissioner at the Scottish Human Rights Commission. She is experienced in tackling inequality and lack of access to rights and passionate about addressing Scotland’s health challenges so that current and future generations can live well.

Jane-Claire holds an MA Hons, an MBA and is a Health Foundation Fellow. She was recently appointed an Honorary Member of the British and Irish Association of Stroke Physicians in recognition of her contribution and the impact she’s had as an advocate for the stroke community in the UK and beyond.

Jane-Claire lives in Stirling with her husband and young daughter. 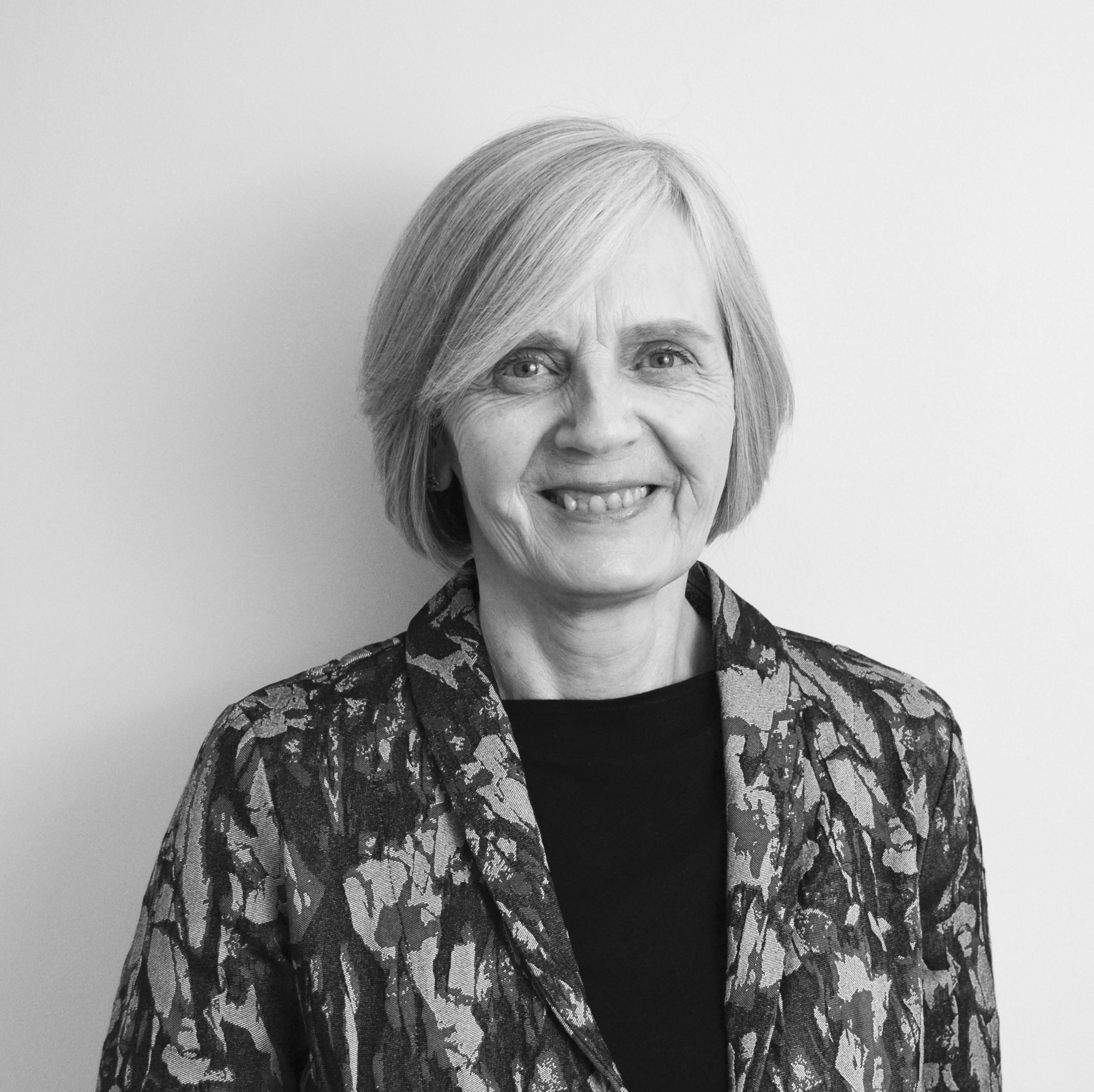 Prior to joining the Children in Scotland Board in December 2019, Maureen was formerly the Chair of the Scotland Committee and UK Board Member of the National Lottery Community Fund (previously the Big Lottery Fund) for several years.

She has been engaged in grant-making and charity funding since helping set up the Laidlaw Youth Project and Trust from 2004. That focused on supporting effective work with children and young people, emphasising partnership working and evaluation.

Maureen joined the first Big Lottery Fund committee in 2007 and also acted as an advisor for the Paul Hamlyn Foundation.

Before becoming Scotland Chair of the Big Lottery Fund, she was a trustee of several charities including, Evaluation Support Scotland, ASH Scotland and Hearts and Minds as well as co-chair and member of the first Scottish Poverty Truth Commission.

Maureen's early career spanned the public and voluntary sectors, including working for a national charity, a local authority, a trade union and as a senior civil servant. She is now a trustee of the Thistle Trust, a member of the Advisory Board for Scotland's Bravest Manufacturing Company as well as a Justice of the Peace.

Maureen was awarded a CBE in the New Year Honours List 2021. 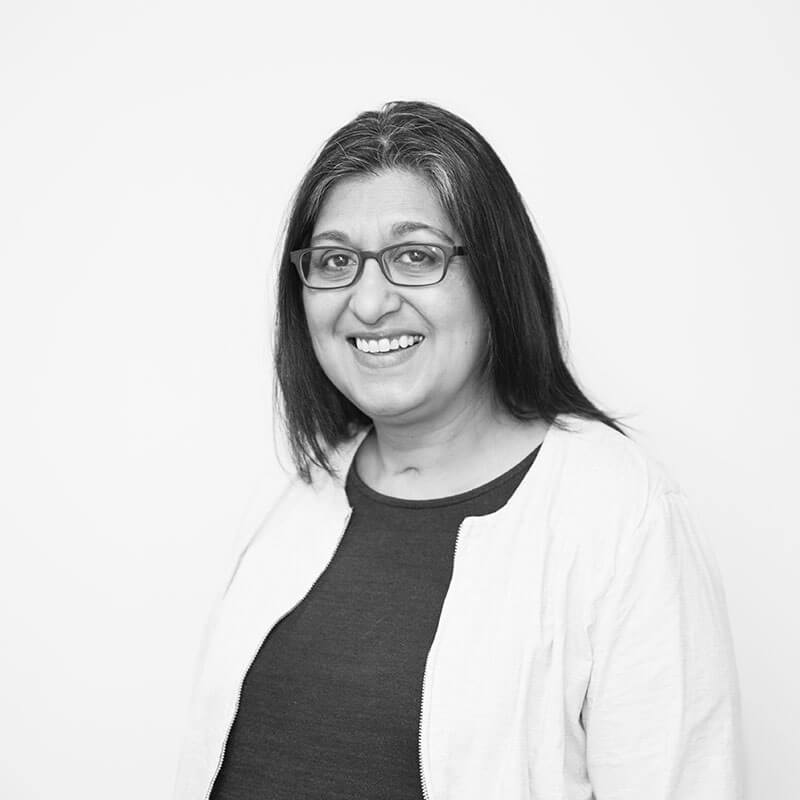 Satwat is the Chief Executive of One Parent Families Scotland (OPFS).

Satwat has more than 30 years’ experience in the voluntary and public sector in Scotland and England, working in the fields of equalities, education, employability, economic development/regeneration and early years and childcare.

Since joining OPFS in 2011, she has been a member of several commissions and advisory groups including the First Minister’s National Advisory Council on Women and Girls and the Scottish Government's Social Renewal Advisory Board. She is on the boards of Child Poverty Action Group (UK)  and Families Outside.

Satwat lives in Edinburgh with her partner and two children. 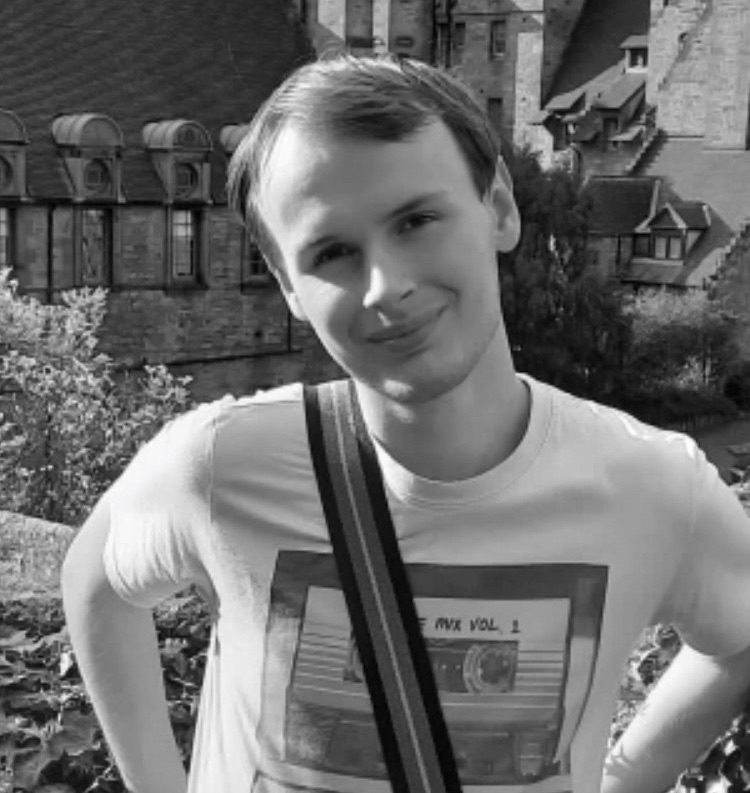 Peter is actively involved in youth participation in his capacity as a member of the Bank of England’s Youth Forum, where he volunteers to contribute a youth perspective to inform the Bank’s policymaking processes and youth outreach.

Peter has engaged in youth participation initiatives since being elected a member of the Scottish Youth Parliament (SYP) in 2017. Through SYP, he has developed skills in meaningfully representing a youth voice to decision-makers, and as Convener of its Justice Committee has advocated young people’s interests on issues such as UNCRC incorporation, age of criminal responsibility and biometric data.

Internationally, Peter has experience of youth representation as a reserve member of the Council of Europe’s 2020-2021 Advisory Council on Youth and as a human rights fellow for the Organisation for Security and Cooperation in Europe’s 2021 Perspectives 20-30 Online Academy.

Peter is studying for an MA (Hons) degree in Politics and International Relations at the University of Aberdeen. He is passionate about influencing decision-makers to recognise young people as stakeholders, not spectators. 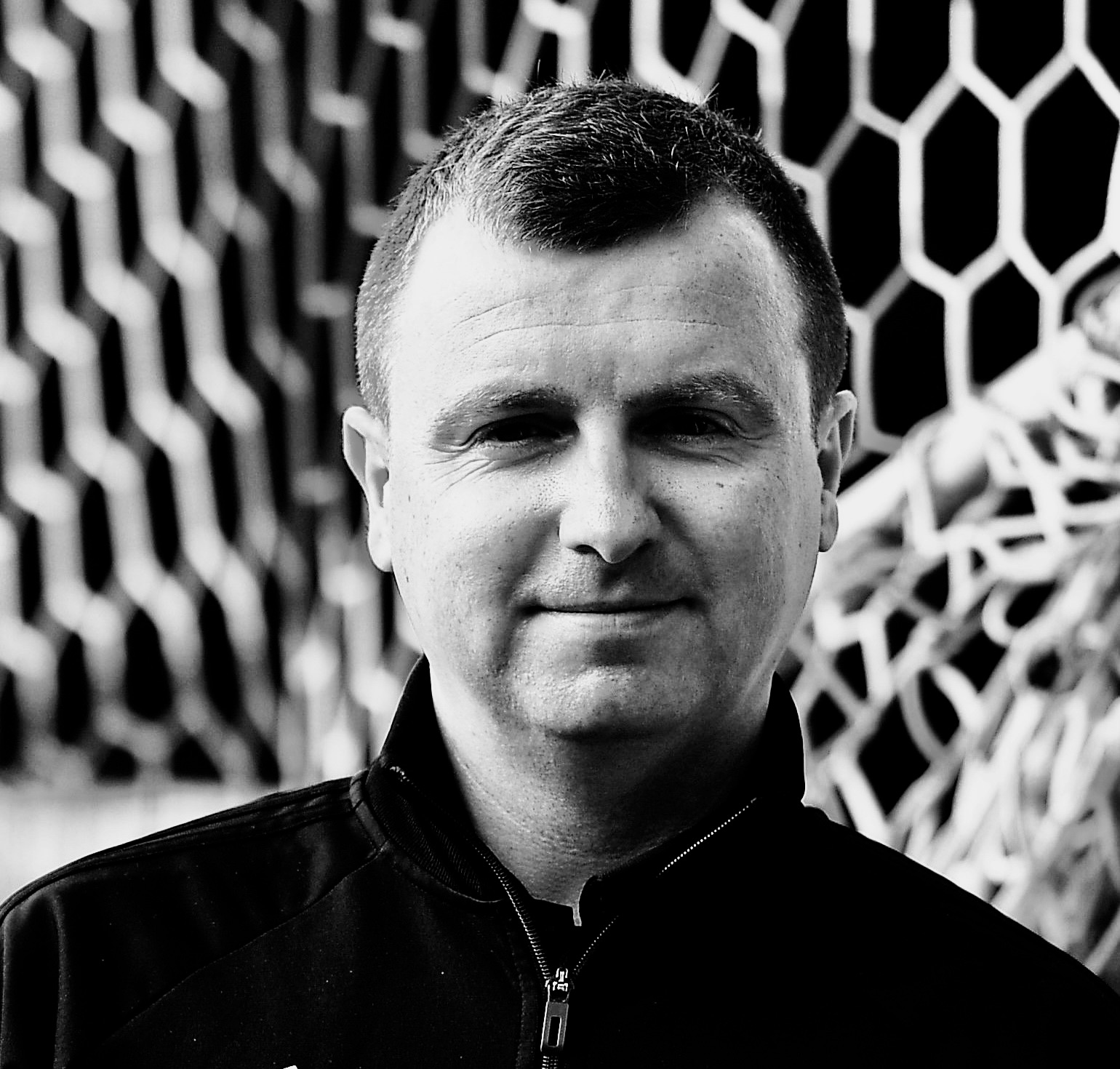 He previously led Aberdeen FC and its partner charity to be named by UEFA as the Best Professional Club in the Community in Europe, largely due to a strong emphasis on children’s participation in physical activity and sport, their education, and contributing to the wider community.

His background is in teaching and coaching, with a particular interest in soft skills, personality and character development.

Steven has a BSc in Sports Studies and a PGDE in Education.

Steven recently relocated from Aberdeen back to Paisley to be closer to a wider family support network. He lives with his wife Cheryl and their two girls.