Worried about pollution’s impact on children? You’ve got the power to improve air quality

Responding to Call 25 from Sustrans Scotland, Friends of the Earth’s Gavin Thomson says taking action at your local school to end reliance on cars can result in better health for young people – and all of us

I campaign on air pollution across Scotland and talk to people about the impact that poor air quality has on our health. I often reflect on the frustrating gap between the stark health evidence on the damage that air pollution does to the bodies of young children, and the lack of political will to take action. That’s why I’m writing in support of Sustrans Scotland’s call to cut cars from school drop-offs as part of 25 Calls.

We are living in a public health crisis in Scotland caused by air pollution from transport. There are 2,500 early deaths every year. Particulate matter (PM), which is tiny particles emitted by the exhaust and wear of types and brakes, gets into our lungs and is often small enough to pass into our bloodstream.

Exposure from an early age can increase the likelihood of a range of health problems such as asthma, heart attacks and stroke. Evidence is emerging all the time about the further harms it causes. Most recently we learned that air pollution can impact babies in the womb.

Crucially, it’s the most vulnerable groups that are at risk. Children, the elderly, and people with pre-existing health problems should all be protected from these toxic fumes. Children and young people exposed to air pollution are at risk of respiratory conditions like asthma and reduced lung growth, and health problems that may affect them later in life. This is why I think we should be particularly careful about traffic outside schools, nurseries, and hospitals.

Generally, the older the vehicle the worse the pollution emitted. Older diesel vehicles are particularly bad. So, anywhere we have lots of older vehicles, we’re likely to see air pollution hotspots. That means main roads, motorways, roundabouts, and city centres.

Many of the health problems are caused not by one-off spikes, but prolonged exposure. When an MSP or a councillor dismisses a suggestion that we curb car use because natural fleet turnover will make all vehicles cleaner in five or 10 years, I usually think about children growing up near main roads. When your lungs are still developing, you probably don’t have five or 10 years to wait for everyone to buy slightly better cars.

How can we stop this pollution?

This is why schools, and the journey to and from school, is so important. We need to make sure that our playgrounds are not polluted, and children can breathe clean air. I’ve seen some great campaigning from parents and teachers to, for example, stop engine idling outside schools.

Engine idling is technically illegal, and could be subject to a fine. But this is rarely enforced. We can either push our councils to genuinely enforce this law, or we can try a softer approach, speaking to drivers engine idling outside schools. Most people aren’t aware of the damage caused by air pollution, or how their engine idling might contribute to it.

In fact, many of the ideas which would improve air quality happen at a local level. Yes, we need ambition and resources from national government, but we also need commitment from our local authorities and our institutions. This is where we can:

This last idea is being piloted at six schools in Glasgow at the start of the new school year. It has lots of potential benefits. Most importantly, it reduces traffic around schools, and therefore improves the air quality in and around schools. Young people will hopefully feel safer to walk, cycle and scoot to school if there are less dangerous cars around.

If you’d like to see car-free zones around schools, you could spark to your local councillor and start building political pressure. Or just cut out the politicians and take action in your area – start speaking to people at your local school. Chat to teachers or parents about how you could create a healthier environment. Who would you need to get on board? What might be some objections? How could these be addressed?

If we can significantly reduce cars around schools, children will be breathing cleaner air when they’re in the playground. It also begins to challenge the car as the default way of travelling for our children and young people, which is vital for changing the ways we all move around – and improving the health of us all.

Gavin Thomson is Air Pollution Campaigner at Friends of the Earth Scotland. He is responding here to Call 25, from Sustains Scotland, to cut cars from school drop-offs as part of our 25 Calls campaign.

If you’d like to chat to Gavin about how you might begin campaigning on this issue around your local school or in your street, get in touch: email gthomson@foe.scot or find him on Twitter @gavinthomson. 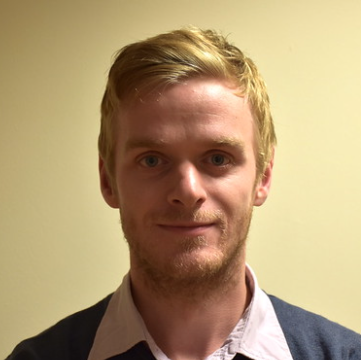