In conversation: Are ACEs overplayed?

Kicking off the special early years edition of Children in Scotland Magazine, Aberlour CEO SallyAnn Kelly and developmental psychologist Suzanne Zeedyk discuss whether the Adverse Childhood Experiences approach is too narrow – or offers the potential for real societal change

SallyAnn: I believe we need societal level change not only to prevent ACEs, but to better aid recovery and healing for those who do experience childhood adversity. I am really encouraged that there has been a commitment from the Scottish Government to aim to address childhood adversity in its widest sense and that included within that frame of reference is a clear statement regarding the potential impact of structural inequality.

But there must be greater recognition that tackling childhood adversity cannot be achieved by focusing only on adversity happening within and from family interactions (as the ACE studies do) and a clear understanding that we need to focus on those structural inequalities such as poverty and discrimination.

Right now, 240,000 children in Scotland live in poverty. There is broad agreement that lifting children out of poverty acts as an effective buffer to the risk of toxic stress on families, as it serves to improve relational heath between families and their children and reduces exposure to trauma.

Yet, we still don’t appear able to grasp that decisive action in this area is one of the single most effective preventative measures that we have at our disposal. It concerns me that much of the discussion around ACEs misses out these important issues.

The ACEs approach categorises childhood adversity into types of abuse, neglect and household dysfunction, and then allocates an individual ACEs score. However, these categories do not cover every potentially traumatic event a child could experience. In the original ACEs study conducted in the United States during the 1990s – on which the ACEs approach is based – the participants were overwhelmingly white and college educated.

There was no consideration in the study of the impact of structural inequalities or the discrimination faced by women and refugee, BME and LGBT communities. I, in common with many others, believe this presents a significant gap in the reach of the ACEs approach.

It does not, though, mean that we shouldn’t use the research, but that we should display caution. If we are to address all forms of childhood adversity then we need to make sure we are inclusive of all communities in how we do that.

Suzanne: I agree. Many of the pressures on families that exacerbate and cause trauma derive from societal causes: poverty; insufficient family support; pressures that prevent work-life balance; poor housing; violence; cultural ideas about gender, race, class and children’s rights. We need society-level changes that place relationships at the centre of absolutely everything we do.

The film Resilience has had a massive impact on our thinking in Scotland. As one of the people who brought that film to Scotland in 2017, alongside Tina Hendry, that impact has been a surprise to me. An ACEs framework was not new to Scotland. Many people had been discussing it since Chief Medical Officer Harry Burns and the Violence Reduction Unit first brought it to our attention in 2005.

However, once the film was available, interest in it and in ACEs exploded. Two years on, tens of thousands of Scots have seen the film. I tell this story because I now wonder if that film has been almost too impactful. It is only one hour long and can only tell a part of the ACEs story, but many people remain unaware, as yet, of that wider story. We can only get to that deeper level of awareness by having more conversations. The film Resilience is a conversation-starter, nothing more. We are now each responsible for getting curious about what else there is to learn about ACEs.

It is true, as SallyAnn says, that the original ACEs Study in 1998 focused on family factors, and the original triangular model that is now familiar to many people seems to emphasise those. But 20 years of scientific research have been undertaken since then, yielding hundreds of additional papers.

Many have now emphasised societal factors, like poverty, violence, inequality, racism, living in a war zone. Others have highlighted family and personal factors, such as bereavement, bullying, periods of hospitalisation, household moves, and care experience. New forms of the ACEs survey have been developed, some of which contain more than the common 10 items and some that contain fewer.

SallyAnn sees the debate as growing from the failure of ACEs studies themselves to sufficiently consider these contextual factors. I think the problem lies not with the ACEs research, but with the public’s insufficient awareness of the wider body of scientific work. A good place to begin is the 2018 NHS Highland Report entitled ACES, Resilience and Trauma-Informed Care.

We have a challenge on our hands, and it is one we must find a way to tackle. As a country, we are trying to find ways to act on an area of science that is still in development. This is not unlike the challenge that society faced as evidence emerged of the impact of cigarette smoking. Should we have waited as long as we did to develop anti-smoking policies?

The question we are facing as a society right now is: how long should we wait to develop new policies on the basis of evidence we currently have about toxic stress? We have decided we need to act now, on the basis of what we do know. I think that is the right decision, given that people’s lives are at stake. But it means that we will need plenty of curiosity and conversation.

SallyAnn: For me, the ACEs approach is useful only at a whole-population level and should not be used as a mechanism for either screening or routine enquiry of children. I believe that everyone who experiences adversity can flourish with the right support, that relationships are key and that it is possible for Scotland to become a country that recognises and responds to adversity in all its forms.

For that to happen we need to see real system change and a fundamental shift to becoming focused on people and relationships across all of our systems, structures and organisations. Few people escape some form of adversity completely, and I believe we must ensure that we have the capacity and compassion as a society to support people who have experienced adversity in their lives.

This means understanding and recognising all forms of adversity that affect children, as well as the potential to experience trauma as a result of that adversity, and how we help people to heal. This will require greater collaboration across all sectors, as well as more resource and investment, if we are to become a truly trauma-responsive society.

We know that in countries where there are good relationships within society, where the value of human beings is separate to their capacity to create wealth and where human relationships are valued, there is the highest quality of life and lowest levels of adversity. This is the kind of Scotland we shall all aspire to create.

To read the rest of the conversation between SallyAnn Kelly and Suzanne Zeedyk, and the wide range of content in our early years issue, click here to buy a print copy or subscribe to the magazine for a year by contacting clogan@childreninscotland.org.uk 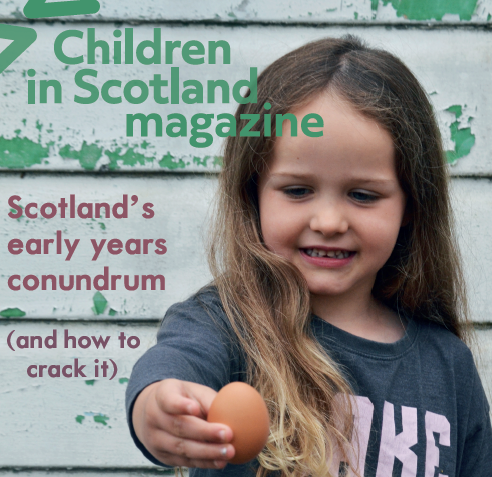 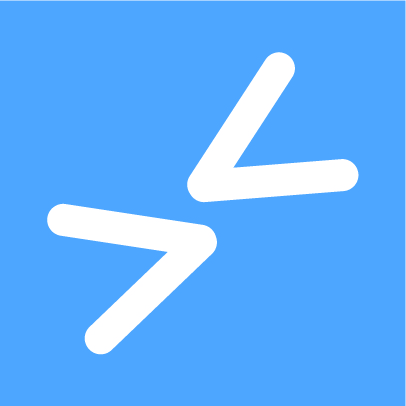