Call 19: Launch a national effort to provide 'Well Teenager' clinics to help all young people who need it

Those of us who were young in the past might think we know what it is to be young in the present. But we haven’t been young in the 21st century. This fast-paced, ever-changing and very critical world has 24/7 access to news, information, gossip and opinions via smartphones and social media. It’s very different from the world we lived in when we relied on public phone boxes and the Six O'Clock News.

Like most workplaces, everyone in our office keeps in touch when out and about by phone, email, WhatsApp and Twitter. We let people know we’re running late, ask who the resident expert is on an issue we’ve just been blindsided by in a meeting, and double-check exactly where and when we’re expected to be. It is a boon – even if we do occasionally forget to turn it off when we go home. And if it all gets too much for us, we know of services that can support us. They might be workplace-based, third sector or NHS services such as Well Men or Well Women Clinics. We’ve designed a world that suits the majority of adults very well.

But what about the next generation? Those of us working in community justice are acutely aware that our world doesn’t suit everyone, especially young people. There are numerous research studies and personal testimonies that show that negative or traumatic experiences when young directly affect future life chances – including increasing the likelihood of becoming involved with the justice system.

Scotland is becoming familiar with the language of ACEs (Adverse Childhood Experiences). But what are we actually doing to ensure that children and young people develop the resilience needed to cope now and in the future? We warmed the planet, crunched the credit and created a technological panopticon for them to live in – where is the infrastructure to help them navigate it?

We already know that people in our prisons are disproportionately more likely to be suffering from mental health or addiction problems or to have grown up in care than the rest of the population. We also know that crime is often generational: by supporting parents we support their children and prevent their involvement in crime. That in turn means fewer victims and communities that are safer for all of us. But young people living in difficult circumstances have their own mental health and other needs, often compounded by financial exclusion, disadvantage and discrimination. A preventative approach, providing support when and where it is needed can halt the cycle of offending and further offending.

We met with health colleagues to discuss the recently published Public Health Priorities for Scotland. And we are happy to support and promote the messages they contain around creating a vibrant, healthy and safe Scotland, where we flourish in our early years and where good mental wellbeing is paramount. What we need now is action. Action to make this happen, action to create support services and action to normalise accessing them.

As a starting point, where are our Well Teenager Clinics? We need to develop a safe space for young people to discuss mental health or indeed any other issues that may be bothering them, not to medicalise problems, but to help teens introduce things to keep themselves well and to intervene early when more substantial issues emerge.

That is not to say there aren’t lots of excellent projects in our communities supporting young people. But we need a concentrated national effort to ensure that support is available to every young person, wherever and whenever they need it. And in true 21st century style this must be available face-to-face, online, via text, phone or whatever communication tools young people are using.

Will this cost money? It will, but where would you rather spend it? Now – or when young lives are already broken?

General Comment 4 – United Nations Convention on the Rights of the Child: '...the right to access adequate information essential for health development and the ability to participate meaningfully in society...'

'...in order to act adequately on the information, adolescents need to develop the skills necessary, including dealing with particular social situations, interpersonal communication, decision-making, and coping with stress and conflict. States should stimulate and support opportunities to build such skills...' 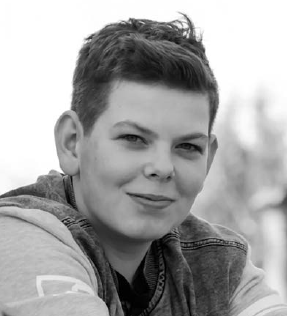