“If we go on without a fundamental transformation, we won’t save ourselves from the awful consequences of climate change”

For our 25 Calls campaign we interviewed Professor Richard Wilkinson, co-author of the ground-breaking book The Spirit Level and its 2018 follow-up The Inner Level. In the final part of our extensive interview, he offers policy suggestions to achieve more egalitarian workplaces and makes the link between equality and environmental sustainability

Children in Scotland: I’m interested in your proposals around employees on boards, and the kind of differences that that might make in terms of staff feeling represented, more equal structures, and the possibility of creating more cooperative movements.

Richard Wilkinson: I think that people have to understand the scale of change that’s needed. On some measures, income differences in societies like ours are twice as big as income differences in the more egalitarian countries, though the tendency has been for most countries to move towards greater inequality. But inequality in the UK increased dramatically in the 1980s, a huge step-change, we went up a mountain of inequality. And we’ve stayed at that higher level with little ups and downs almost ever since. We’ve become a more antisocial society as a result.

Clearly we’ve got to deal with tax avoidance and tax havens, not only of wealthy individuals but of companies. The burden of tax is much greater on everyone because businesses so often avoid tax. But with redistribution of income even if we win some reforms it can so easily be undone by another government. In addition, new tax loopholes will be discovered by the financial sector, and some governments will have little desire to plug them.

However, some societies seem to get their greater equality by not doing quite so much redistribution through taxes and benefits but by reducing the differences in earnings before tax. Either way seems to produce the benefits of greater equality. The strength of the labour movement that from the 1930s through to the ‘70s kept income differences in check, has to be replaced by some other constraining force. That’s partly why I refer to the need for a mass movement for greater equality and fairness. But I think the way of embedding greater equality more firmly into the social fabric of our society so that governments can’t easily undo it is by extending democracy into our economic institutions and our workplaces. We need incentives to grow the sector of the economy made up of cooperatives, employee-owned companies, but also through legislation to have employee representatives on company boards and not just token representation. In Germany, when a company gets as many as 2000 employees, half the people on the remuneration committee deciding pay have to be employee representatives.

Ideally, I would set the sights on a progressive movement slowly transferring power and control to employees. I think we should have a programme for gradually increasing the level of employee representation so that we get our greater equality not in the way the Communist countries tried to do it, by diktat, and restrictions on freedom of the press, police states and so on. Instead, we’ve got to do it by extending democracy, not by restricting it as they did. I might think my boss should get twice as much as I do, but I doubt if I should think he should get five times as much. In many multinationals the CEOs are getting as much as 300 times as much as lowest-paid employees in the same companies. And if you go back to the issues to do with self-worth, if you’re paid one three-hundredth of what your CEO pays himself, that’s one third of one percent, that seems to say that you are almost worthless compared to other people in the same company. That’s a pretty powerful message in a society where people judge each other in those terms. It adds injury to that by saying the problem with the poor is low self-esteem.

CiS: Or you have zero hours contracts, which are similarly insulting.

RW: Yes. All that sort of stuff has grown since the labour movement lost the power to stop it.

CiS: Did you partly want to try to use The Spirit Level and The Inner Level to detach inequality from its association with the left and try to widen the sense of discourse about inequality? Was that a deliberate aim?

RW: It’s not just a strategy, it’s recognising that we are all damaged by inequality. You can show in statistical studies that although the biggest health detriment or the biggest rises in violence or the biggest educational deficits are suffered by the poor, inequality also reduces the life expectancy of the rich and makes them more open to violence, it means their children may do a little less well at school and become more likely to get seriously involved in drugs. So we all suffer the consequences. Many studies now show that.

In the past, I think that there was an idea that inequality only mattered in material terms. In the 1930s when so many people were living in real squalor it seemed wrong that other people should be in great luxury. Now that some of the poorest 20 per cent of the population have freezers and flat screen televisions it made people like Tony Blair think that inequality didn’t matter anymore. But that is to ignore the psychosocial effects of inequality, and that’s what we wrote The Inner Level to draw attention to – showing the ways in which our social confidence is undermined, our anxieties increased.

CiS: Are you pleased about the way the books have affected academic thinking? It seems it has had a real impact on academic dialogue in this area.

RW: The Spirit Level had an impact, but I think it’s too early to tell whether The Inner Level has had a similar effect. There are of course some people who reject both just because the evidence flies in the face of their political prejudices. But many others feel they know at an intuitive level what the data is showing – they feel as if they already know it. And if you read The Inner Level, even if you disagree with it, I think that the idea that inequality has psychosocial effects will remain planted in the mind. It’s at least raised as a possibility. At least you can no longer take a naïve view of inequality as if it only matters if it creates absolute poverty. Once planted, the view that it increases those feelings of superiority and inferiority is hard to expunge!

CiS: You’ve talked about a mass movement being the route to fundamentally challenging inequality. What form do you envisage this taking?

RW: A mass movement has to be bigger than any single political party. The Greens would be part of a mass movement, many Lib Dems, and so on. Social change takes place some of the time completely independently of politicians, but they get swept along with it. Whether we’re talking about changing attitudes to abortion in Ireland, or same sex marriage or the decline of homophobia, those aren’t things that politicians have done; they’ve just acknowledged change when its happened. Attitudes are already changing towards these appallingly inflated salaries at the top. Instead of admiring those people and thinking they’re brilliant, we start to think of them as selfish and antisocial. Studies of important historical changes in social practices suggest that what drives social change is when people feel that some practice is no longer a source of status and respect but is looked down on. In that light, we need the rich to feel they will simply be regarded as greedy and antisocial, so that they start to feel embarrassed if anyone knows what they’re earning and do other things to gain respect.

A major part of where we should be aiming to go is obviously connected with what we do about climate change. Environmentalists increasingly regard greater equality as a necessary precondition to move towards sustainable wellbeing. If we go on without a fundamental transformation, we won’t save ourselves from the awful consequences of climate change and decline in the quality of life it will bring. But it’s clear that there is another path that leads to sustainability and real improvements in the quality of life for everyone. The big issue is whether the rich just carry on with the system as it is and use their money to protect themselves while the rest of the population goes to the wall, or whether we force a more fundamental sharing to deal with climate change that will affect us all? Rather than sustainability being a matter of tightening our belts and carrying on the same way of life but managing with less, it’s a matter of finding new ways of improving the real quality of life which, and that means improving the quality of the social environment through greater equality.

Read more about our 25 Calls here

Read part 5 of the interview

Read part 4 of the interview

“When a child moves to secondary, there's a drastic upping of the stakes in social comparison” 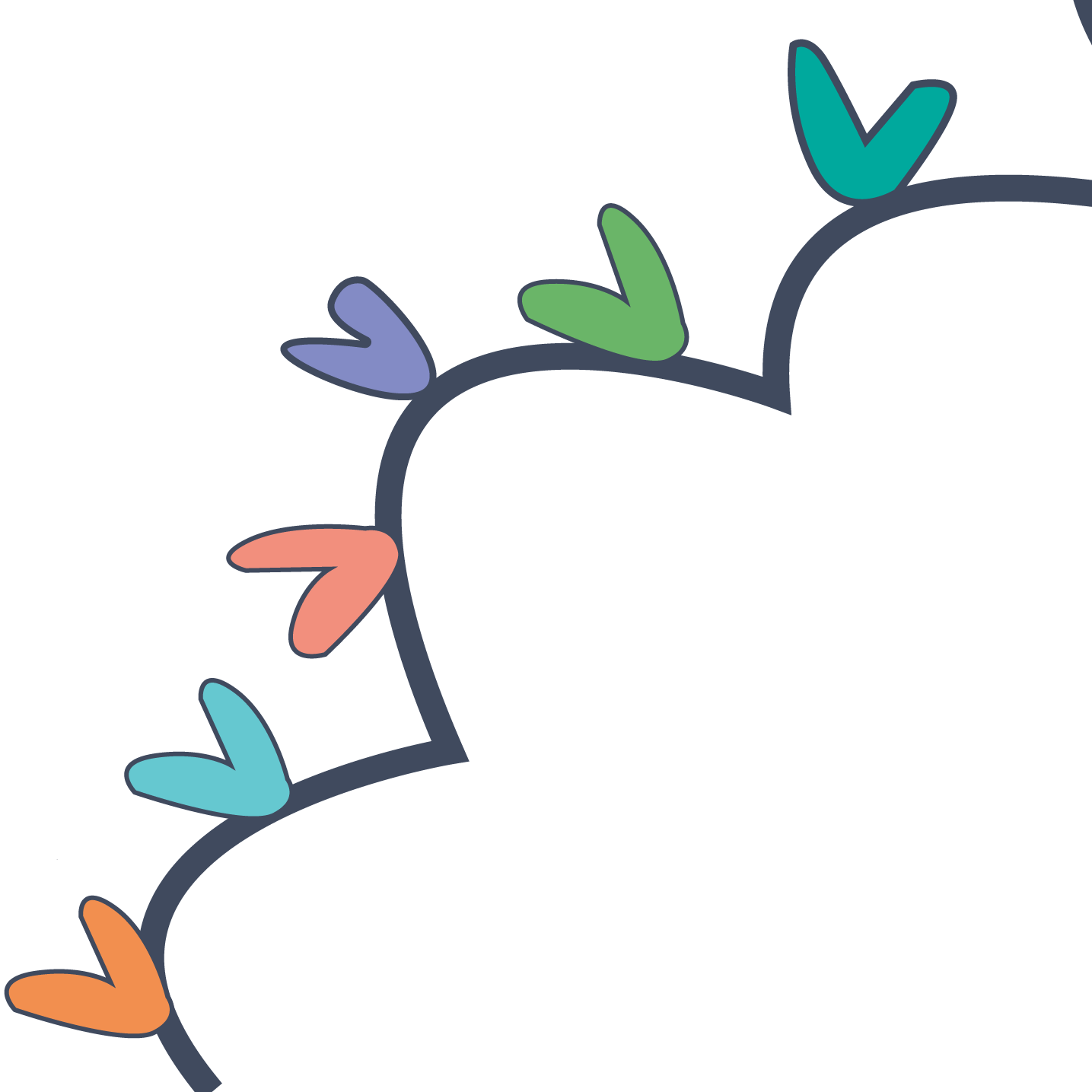 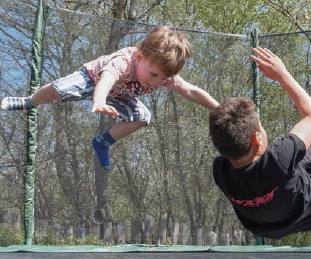 What can you do about poverty?